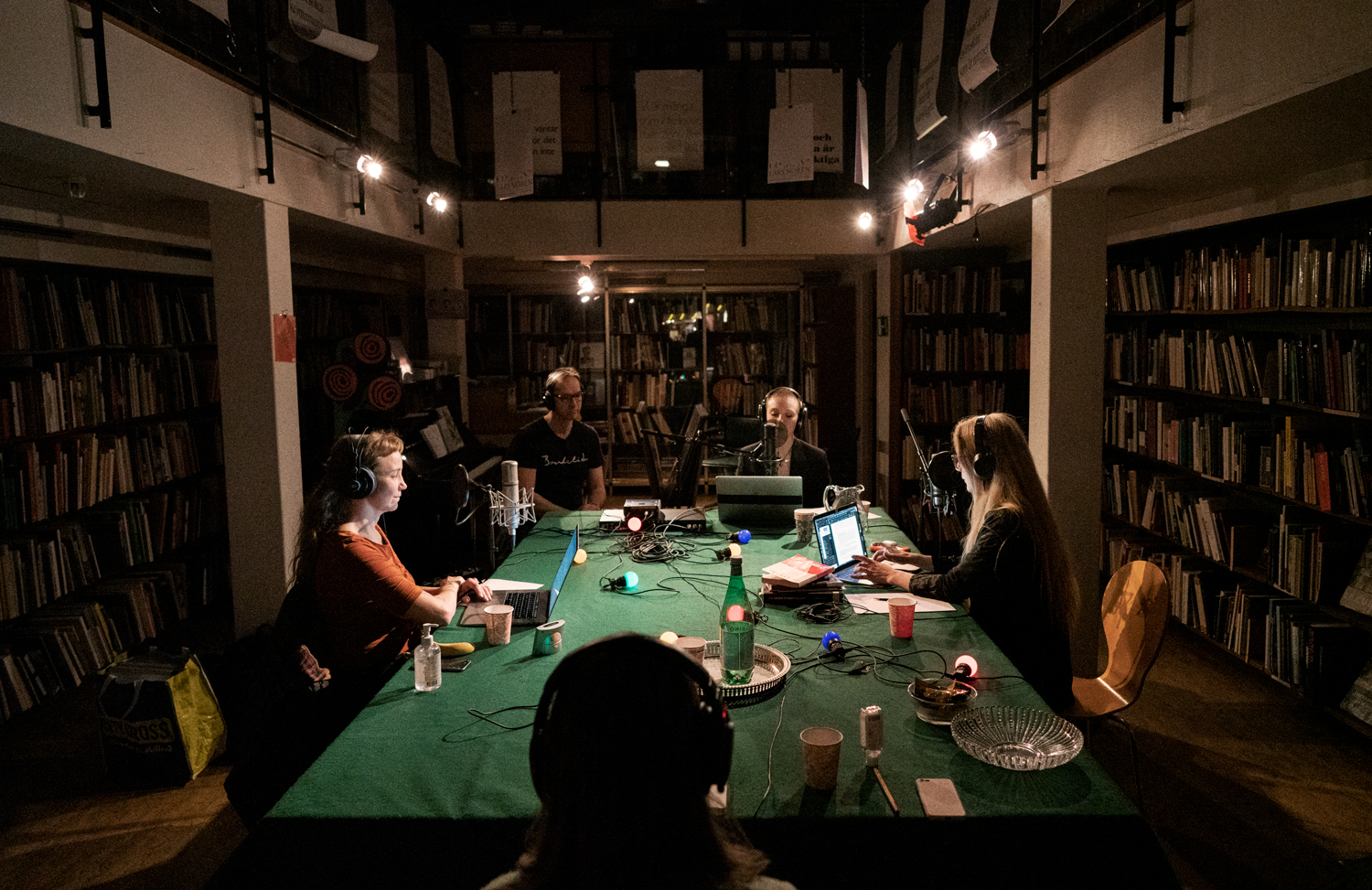 Sound Pals: Inter-Nordic Collaboration at a Distance involves members from networks within the Nordic region. These include SKLASH+ (DK), Balansekunst(NO), Young Nordic Music (UNM) Iceland and Finland and us, Konstmusiksystrar. The artists participating have been paired by the hosts, Kajsa Antonsson and Adele Kosman, and has in the project exchanged sounding material with each other, making them so-called “sound pals.” While the exchange took the form of a correspondence over time, each pair of sound pals were expected to produce an electro acoustic piece. The ongoing work was discussed and shared among the pairs during three sharing sessions throughout the year. The participants were also asked to briefly write about their experiences for each session. Below follows fragments of their process. Works from the Sound Pals will be presented at the contemporary music festival Sound of Stockholm in November 2021. The project is funded by Nordic Culture Fund. 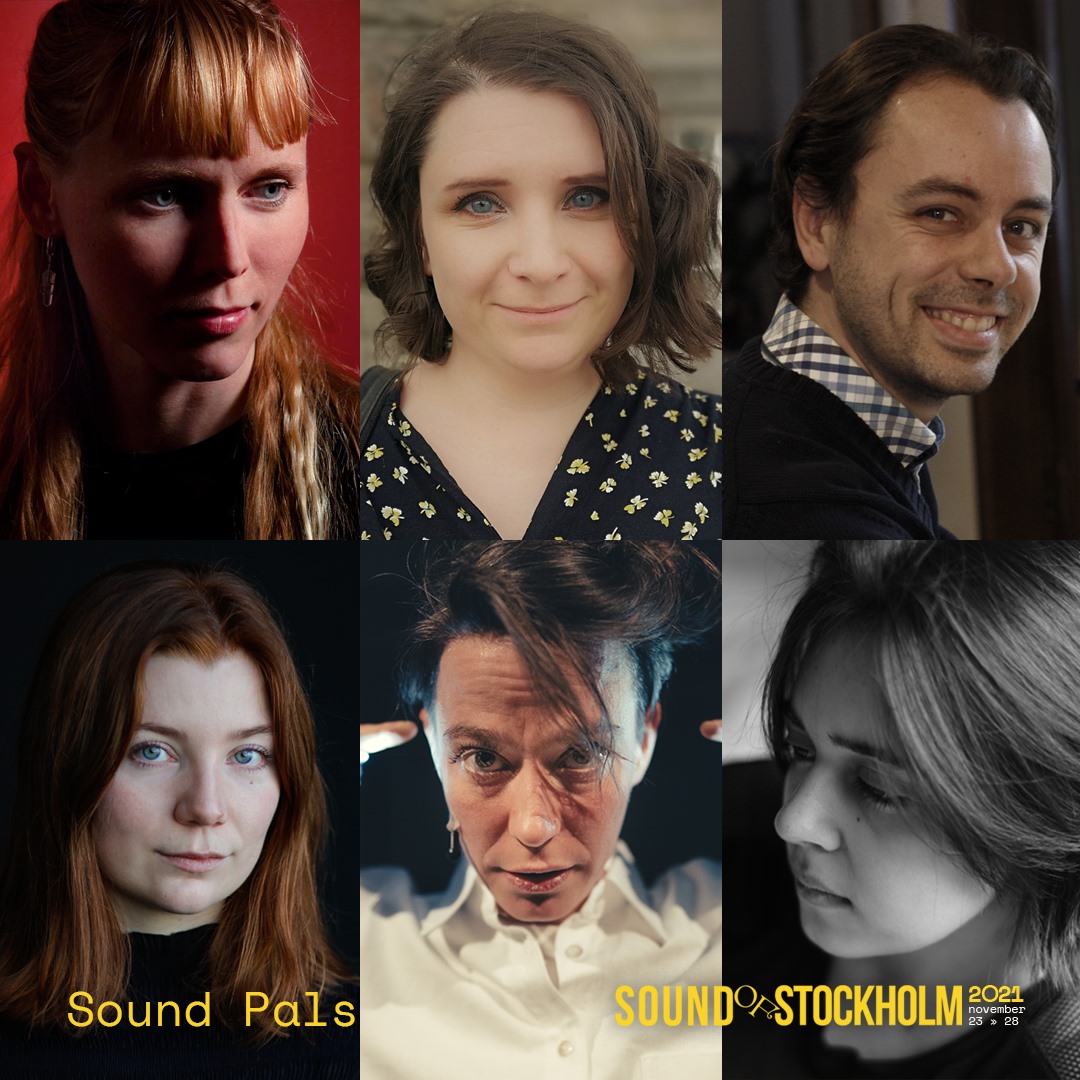 Hildur Elísa Jónsdóttir (b. 1993) is an artist, musician and composer from Reykjavík, Iceland. In her works, she uses institutional critique within performance, moving image, installation and music, to interrupt and criticise normative narrative and show her subjects from a new angle.

Hildur Elísa Jónsdóttir participated on Iceland’s behalf in UNM 2020 in Tampere with her piece “Konzert für Spielzeug und Schwimmbad”. She is educated in both visual arts and clarinet performance and her pieces splendidly mix music and art performance.

Kari Sundet is a composer, songwriter and vocalist with a background in art music and classical composition. She holds a master’s degree in composition from the Grieg Academy, University of Bergen. She focuses on the visual nature of sound and music, and the ability for music and sounds to trigger memories and evoke our common associations. Kari borrows heavily from the world of film, and often thinks as much in terms of sound scape as she does music. She is also interested in the relationship between man and machine, and in the way we anthropomorphize computers. She is currently writing a series of electronic pieces which deal with the strange poeticism of programming languages and the humanity that machine language can sometimes reveal. Her main focus the last few years has been on electro acoustic music, and the possibilities that open up when live musicians interact with static electronics, but she also writes purely acoustic pieces for chamber ensembles and soloists, and purely electronic pieces.

Beside playing various instruments and composing, my personal musical practices include researching theoretical starting points by reading. Because of my background in philosophy training the mind is also integral part of my artistic work. I record and play in my home studio. My main instruments are synths, jouhikko/tagelharpa, guitar, voice and experimental self-made sound devices. My main tool is computer and I use many digital audio workstations proficiently. My social musical practice includes working with artistic groups in different types of performing art processes. These projects are choreographer, director orgroup lead. I have also been working as a duo with a media artist. Spending time in the nature is great part of my artistic practice and the formations found in nature inspire me.

My name is Rachel Walker; I am an American composer living in Germany. Composing for me is a process of synthesizing internal and external discovery, of unraveling and (re-, de-) contextualizing, and of creating and illuminating connections. My primary musical concerns are time, language (pieces involving text, spoken voice, and elements of translation; but also using the mechanics as a stepping stone for notational and rhythmic development), and my ongoing artistic research into Chinese folk music (2014-). Recently I am working more and more with electronics, particularly with vintage Moog synthesizers, programming (CSound), and with recorded spoken voice: these could be possible directions for my contributions to a soundscape project.
‍

As a composer and performer I have a special interest in the body and the movement as compositional material. In my work the body and sound form part of an exploration of the limitations and the possibilities of connection through sound and our physical body. I'm curious about that space between you and I. My works are often both visual and auditory, often implying staged situations, lights, objects, projections, installations or field recordings. I work with both scores and graphic notation and generally I work with a hands-on-approach.
‍

Jaime Belmonte works both as an independent composer and collaborating with different artists exploring transculturality, interdisciplinarity and new ways of expression using technologies. Jaime’s musical thinking orbits around four dimensions of sound: materiality, grammar, representation and space, and each composition tries to be a balanced ecosystem of these four elements. The most common sonic material in Jaime’s music consists of detailed complex textures full of timbral richness, articulated around a well-defined grammatical structure that guides the listener through a clear narrative, and presented in a space that shapes the perception of the sound in a certain way. Very often the sonic material, the narrative and the space are influenced by extramusical elements, leaving a trace on the music itself and becoming a representational element that triggers an emotional, cultural or psychological response from the listener. Some of the extramusical elements that have made their way into Jaime’s music lately have been the sonification of data and natural processes, ecological and societal challenges, cultural identity, vulnerability, fragility and failure.

The project is funded by Nordic Culture Fund.